This blog post serves as a review and a showcase of the various statistical inference and modelling techniques utilised by the WDSS Machine Learning Competition Team over the Autumn and Winter seasons in 2021.

Throughout the post, each technique is explained in chronological order to accurately portray the thought process of the team tackling the problem.

The purpose of this report is to potentially inspire readers to participate in data science competitions or even take an interest in data science if they have not already.

Before explaining the team’s problem solving process, the problem itself must be formulated.

The competition we entered was the “Store Sales - Time Series Forecasting” competition on Kaggle. The objective was to create 15 day forecasts for the sales figures of 33 different products for 54 stores belonging to the same retailer.

Before proceeding with creating the predictions, it was essential to examine the information, in the form of tabular data sets, given to us and determine the utility of each set.

The training data set contained past sales data, product families and if the products were on promotion. The rest of the datasets contained additional exogenous variables:

As with any data scientific project, we all carried out an EDA (Exploratory Data Analysis) to determine how to use the data for modelling.

The following is brief list of what modelling and inference techniques we used for this competition:

In the following sections, we give a detailed overview of:

We will investigate whether all sales time series for a given product family are similar enough to be treated identically.

Two time series are completely similar if they are both affine tranformations of each other (i.e. it is possible to express time series ai​ in terms of bi​ as A+Bai​, where A and B are real values).

The aggregate time series would be approximately similar to every series that forms the largest similarity group. This way, one can detect the existence of series groupings with a given set of series.

This EDA showed that the degree of similarity between series from the same product family can vary drastically. For example, for the BEAUTY family, it ranged from small negative values to 0.85 with a mean of 0.5. Hence, there is convincing evidence that the time series can’t be trivally grouped by the product family they represent.

By grouping similar time series data together, we may be able to reduce the number of models to fit. We focus on grouping stores and product types.

The clustering technique we use is UMAP-assisted k-Means clustering. We focus on two notions of distance: dynamic time warping and Euclidean distance. There is a reliability-speed trade-off among these two distances, as we explain below.

The notion of distance for clustering

We need to standardize our data, such that comparisons are fair. Naturally, more expensive products may fluctuate more, but the underlying structure may be similar to cheaper products, and we want to be be able to make such comparison.

We can choose dynamic time warping (DTW) or Euclidean distance for our clustering. DTW is a reliable algorithm for measuring similarity between two temporal sequences. It is able to match peaks to peaks, troughs to troughs, and account for any stretching, shrinking, and shifting/phase difference. This is helpful, since two ‘close’ time series can exhibit slight differences as described.

A drawback of dynamic time warping is that it is computationally intensive by design. If we use it for clustering on a large dataset, which we have, we are doing a lot of expensive computations. This limits the usefulness of DTW, which could be remedied for example with cloud computing.

Due to computational constraints, we will be proceeding with euclidean distance.

We choose the smallest number of clusters that capture at least 97% of the distortions. In this case, 5 clusters.

By looking at clustermaps, we can see how similarly each cluster behaves.

We analysed clusters from a number of perspectives: the percentage of cluster members belonging to each family, state, city and store number. We concluded that it is only the product’s family accounts for a reasonable amount of difference and that is not the case for other characteristics. However, aggregate correlation showed that even the similarities within product families are limited. Therefore, we will be proceeding with fitting separate models for each family in each stores.

In this section, we go through fitting an ARIMA model on a time series for one of the families of products in one store; to see how well it performs.

We are now going to create a dataset for the sales of Bread/Bakery in store 44 .

One very important assumption of an ARIMA model is for the data to be stationary. We will test this with a hypothesis test called ADF (Augmented Dickey-Fuller).

NOTE: The null hypothesis of the ADF test is that the time series is non-stationary.

We have a p value of 0.214832, So we do not reject the null hypothesis and so the series is non-stationary. In order to still be able to use ARIMA, we are going to difference our data.

Let us now plot the original timeseries, as well as the 1st and 2nd order differenced time series with their ACF (Autocorrelation) plots to determine the order of differencing we are going to use in our model:

The p-value for the first order differenced data is close to 0, so we can proceed with using this transformation. We now move on to identifying the number of AR terms § and the number of MA terms (q) that we are going to include in our ARIMA model. We do this by inspecting the ACF and PACF plots for the data.

Seasonality definitely plays a role in the time series of some of the families of products in some of the stores, so using a seasonal ARIMA (SARIMA) could be a further improvement.

We fit a SARIMA model to explore any weekly trends and we automated the process of selecting the model’s parameters. However, using a grid search for selecting the best SARIMA parameters based on root-mean-square error is computationally expensive. Applying it to thousands of families of products would take a significant amount of time. Hence, we decided to explore other models with fewer parameters to specify.

State space models are a generalisation of general linear regression models. Unlike GLMs, which include ARIMA models, SSMs can consider cases where the underlying distribution of the parameters of the model changes over time. A dynamic linear model is an SSM that assumes the data can be modelled as a linear combination of its parameters.

A standard DLM can be formulated by the following four equations, given we already have data up until time t−1:

The first equation is an ordinary linearity assumption for the data, the same one for ordinary linear regression, except the parameters can vary over time.

The second equation is the hidden model and is the key assumption for a linear model to be dynamic.

The third equation is a reiteration of the fact that the model parameters are random as well. The parameters possess an initial prior distribution which updates as more data is collected.

The fourth equation models the change in variance as time progresses.

Each term at time t is defined as follows:

The model reduces to ordinary linear regression if:

The dynamic linear model offers a high degree of modelling flexibility, as well as offering a convenient method for updating the model parameters over time.

Long short-term memory (LSTM) is a recurrent neural network (RNN) that utilises two different hidden variables rather than one to learn about the behaviour of a sequential process. In theory, LSTMs could capture deeper non-linear underlying patterns in the data.

While a simple RNN uses its hidden variable as a short term memory channel, LSTM uses a second one for long term memory, which, theoretically, preserves significant patterns of the system’s behaviour in the model for as long as they persist.

A standard LSTM can be formulated by the following equations, given we already have data up until time t−1:

The first equation represents the forget gate, the perceptron layer responsible for removing any insignificant patterns the long term memory assumed from the last iteration.

The second equation represents the information gate, the layer accountable for recording new potential patterns into the long term memory and strengthen ones that were present before.

The third equation offers a candidate long term memory term, which is corrected by the information gate, as visible in the fourth equation.

Each term at time t is defined as follows:

LSTM allows for modelling arbitrary patterns in time series or any sequential process becuase of its neural-like nature.

We define an LSTM model with 50 units, outputting a hidden variable of length 50. A dense perceptron layer with a rectified linear unit activation function combines the outputs at the end to create a single prediction.

The model uses an Adam optimiser and a mean square loss function.

The LSTM model produced very monotonuous predictions and thus struggled with predicting the variability present in the data. The quality of predictions remained low even after varying different parameters of the network. Even though LSTMs take longer to learn and their setup is more complex, this model couldn’t recreate the success that ARIMA and DLM models offer in terms of time series prediction. 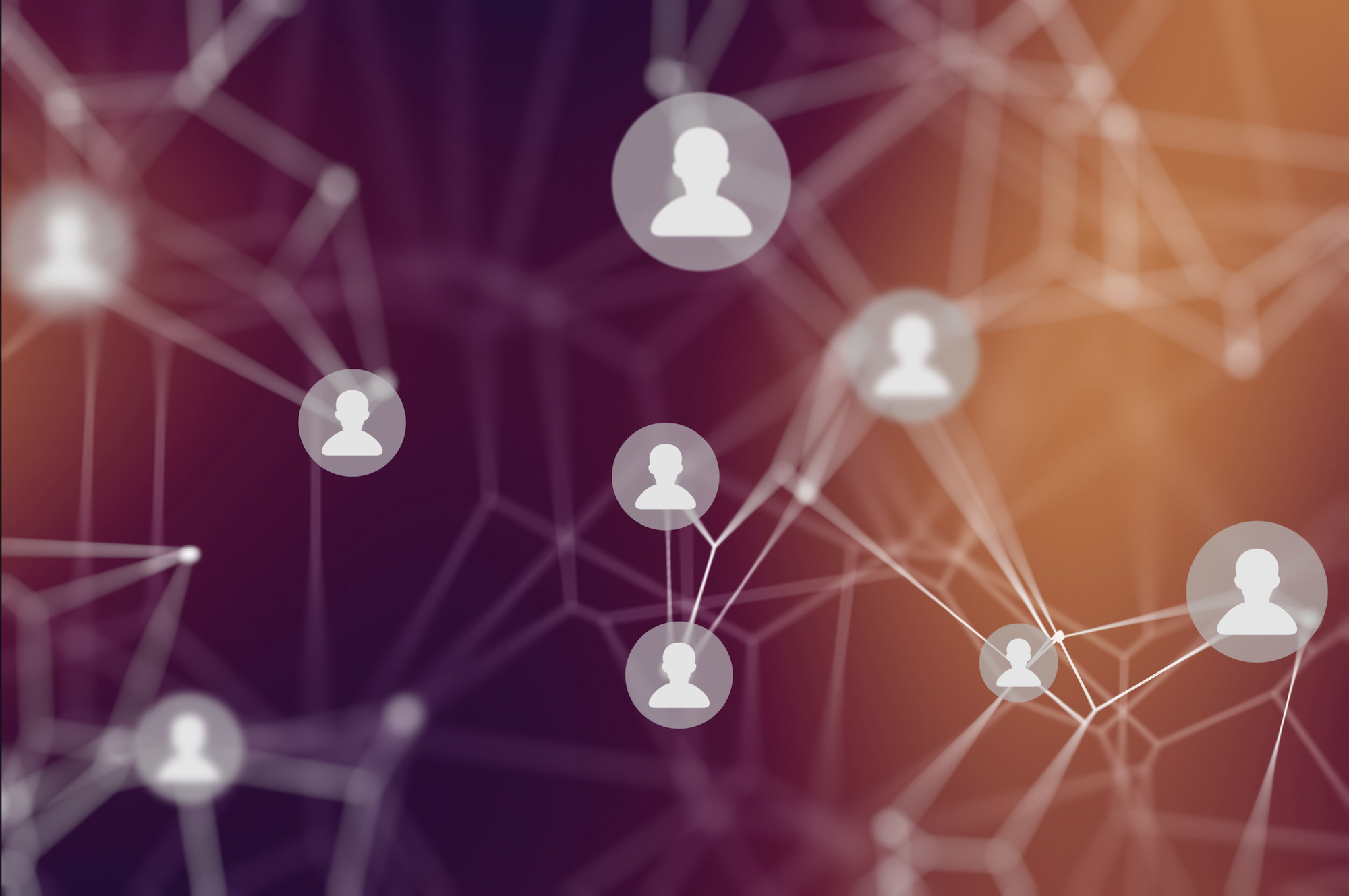